The hardest part of creating queries for the SensorThings API is knowing where to start. There are 8 entity types (12 with all extensions) and all data can be reached from each entity type. To get Observations one could start:

All these options can give the same data, but it will be structured differently. 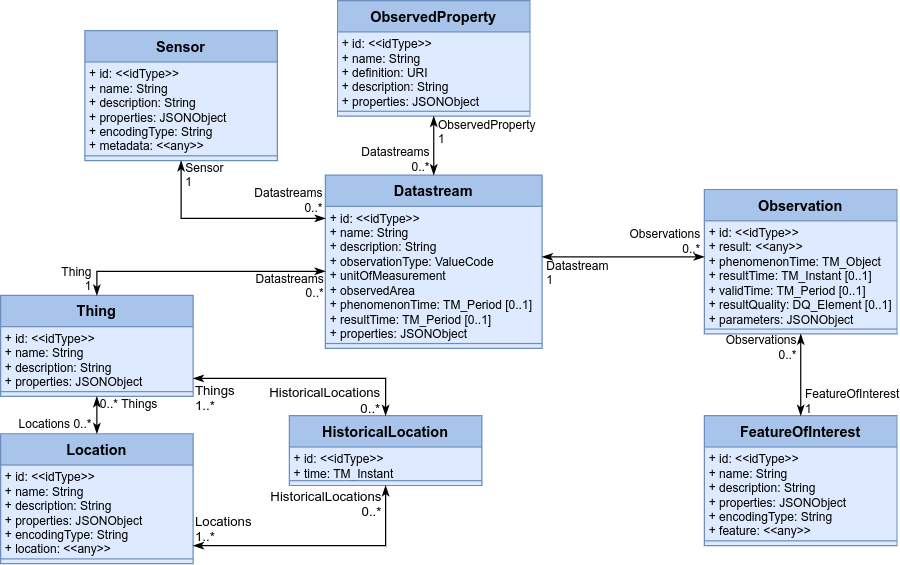 The data is least structured when starting directly from /Observations. In this case each item in the resulting list is one Observation, but Observations for all Datastreams (Things/ObservedProperties) or FeaturesOfInterest are mixed together.

Individual timeseries for Datastreams are lost and it is up to the client to sort the data again. When expanding Datastreams and from there ObservedProperties or Things, the data for the Datastreams is repeated for each Observation. This result is very much like a CSV file, and quite inefficient.

On the other side of the spectrum is starting from /Things. Each item in the resulting list will be a Thing, and for each Thing the Datastreams can be expanded, and for each of those the Observations.

There is some duplication in the ObservedProperties when fetching data in this way, but the structure is easy to put on a map.